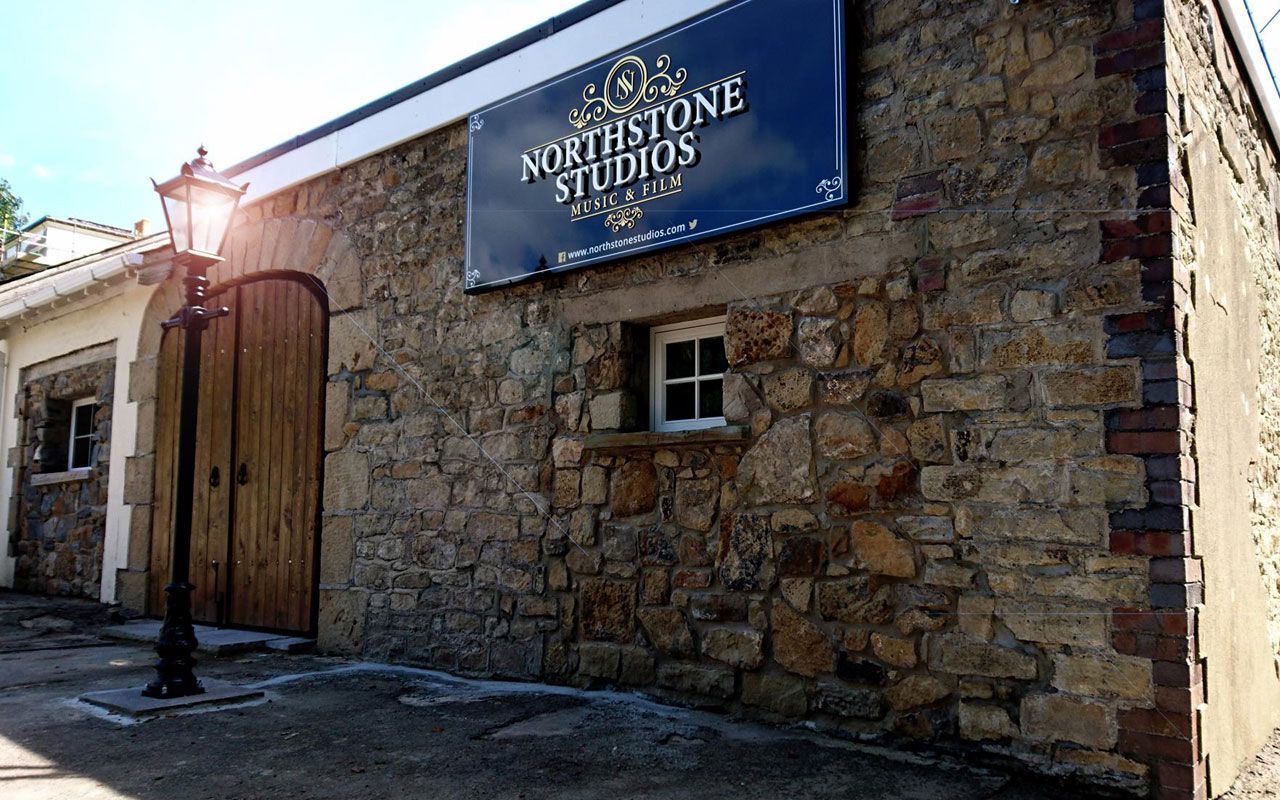 Creating their own creative space at Court Colman in Bridgend was a dream that was being realised for Jayce Lewis and his team.

We were asked to create a design for signage that would reflect their brand of Music & Film.

Working with designers; Space On White who designed their logo, our in-house signage design team came up with signage design that utilised different types of lettering that Northstone Studios had seen on display in our showroom and in production on other signage projects, which resulted in the use of white vinyl web address, 5mm thick gold lettering and swirl and the focus on 10mm thick white acrylic Northstone Studios text on stand-off locators

The finished sign embraces the brief of traditional and modern whilst fulfilling the desire for a high quality and distinctive appearance, which the client was delighted with.