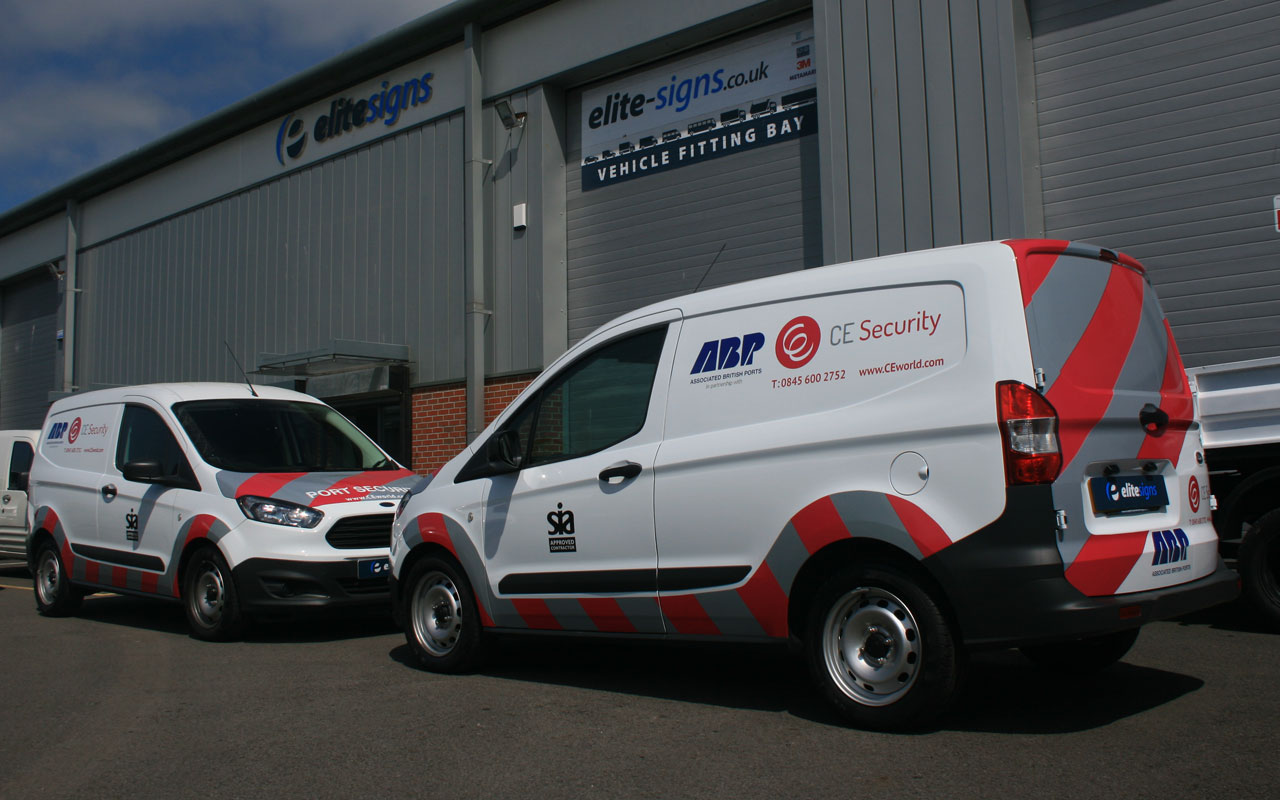 Nationwide security company specialising on security patrols for businesses and events and their company rebrand saw the entire CE Security fleet needing to update their livery.

After Elite Signs were recommended to CE Security, we begun consultation on how best to facilitate their fleet livery requirements for over 30 vehicles. Most vehicles were different models and different colours, and we were given just the CE Security logo and marque to work with.

Our vehicle branding team saw their security patrols as something that needed to be highly visible on the roads when travelling to and from emergency and routine calls, so we developed the chevron theme using their corporate colours with an added distinctive element where they followed the curve of the vehicle wheel arches, and complimented with a bonnet vehicle wrap.

Each vehicle required metres of printed and laminated chevrons that were fitted to the vehicle and contour cut to shape using Knifeless wire cutting tape that prevented the use of any sharp blades.

We rolled out a distinctive fleet of grey and red branded CE Security vehicles that the client was delighted with.

November 11, 2019
Close Menu
We use cookies to ensure that we give you the best experience on our website. If you continue to use this site we will assume that you are happy with it.Ok